In VMware vCloud Director we can not power up a VM with error: vCloud could not find object with moRef “vm-xxx”.

You will be able to power up the VM on vSphere, but this is not reflected in the vCloud VM status.

Every object within a vSphere environment is internally tracked, and referred to, by a unique identifier called moRef ID (“Managed Object Reference ID”).

Every virtual infrastructure object managed by vSphere (datacenters, clusters, hosts, datastores, VMs, vApps, vSwitches and so on) has a moRef ID.

If the vCloud database has an incorrect moRef id for a Virtual Machine for example, as such vCloud can no longer track the VM and as such it can not manage it.

To correct this, we will need to remove the erroneous moRef id.

In my example, I am using oracle database and this will need oracle db manager installed.

^you can see the moref the vm has

^ confirm the same moref is here

^check if the above moref is here

^check if the above moref is here

Above guide used some information from the following guides:

If you’re looking for a VPN client, get 75% off Nord VPN via this link: 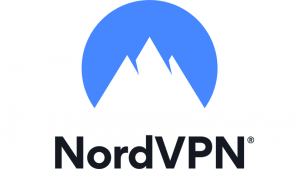 If you found my blog useful, you can support me via the Amazon link below and I will get paid a small commission of your order at no cost to yourselves.